Nahida Halaby Gordon, excerpts from the diary of the trip.

My second visit was in 2003 at which time the property was vacant but undergoing a major revision. The façade was the same and this time they had replaced the two small verandas adjacent to the street facing bedrooms. A large sign outside proclaimed the property to be the “Pasteur Apartments”. When my driver told one of the workmen that I used to live in the house, their reaction was “she better leave if she knows what is good for her”.

At a later visit in 2006, the house was completed with apartments below and some above. Our large playground veranda now contained apartments with views of the Mediterranean Sea. Surprisingly, the door leading to the steps to our house was still there. The two steps leading to the door were removed. These two steps contained a little treasure. My Father said that when he remodeled the property, he built in a chamber within the steps into which he placed several bottles of wine. He planned to remove the bottles and serve the guests at Sami’s (his first son) wedding. That wedding did not take place in Yaffa but in the Diaspora. Someone else had the privilege of drinking that wine!

On October 2010, I had the opportunity to visit Yaffa once more and of course I included a side trip to view our old house. My traveling companions were my husband, Donald; my brother, Sami; the pastor of Westminster Presbyterian Church, Dries, and two friends from church, Cheryl and Sue-min. The entire trip was a memorable experience and maybe the last that I will ever make to Yaffa. I had two encounters with Israelis that afternoon. They were as totally different as two encounters can be. The first one was a youngish man of about 40 who was coming out of one of the small shops set up on the first floor of the property and facing West. The wall surrounding the compound west of the property was removed and turned into a small and somewhat ugly park. As he was coming out of his shop, Dries talked to the man about his place of business – surprisingly it was called the “The Israeli Experience”. As he was walking to his motorcycle, I asked him why he does not also talk about the “Palestinian Experience”. Not surprisingly he became irritated and started talking rapidly telling me that he knew nothing of these things. I think I provoked him even further by telling him that I had the deed to the property. The volume of his talk increased markedly and he started yelling at me telling me that I am attacking him with unsubstantiated claims. By this time, he reached his motorcycle and I finally said, “It is hot today!” He quickly shot out: “Yes, it is!” I replied, “Wow! We can agree on something!” But not wanting to agree with me on anything he added, “But for a person from the desert, it would not be hot today”. I think that it is his Israeli way of saying that everything is relative. I, as a Palestinian, have my ‘story’ and he as an Israel has his ‘story’. And I suppose with all these stories, what is one to believe. This is borrowing from Israeli hasbara.

My second encounter was very different. Thanks to Sami, we were invited into one of the 15 apartments carved out of the Halaby property. The woman renting one of the apartments invited us in and gave us water to drink. I will preface my remarks by saying that she was a brave and thoughtful person. She allowed us into her home even though she knew who we were. We sat and reminisced about the house as though it was a common acquaintance, which it is! We told her about her apartment – that it used to be part of the veranda next to our patents’ bedroom. I asked her if the lighthouse still operates, and she said “No”. I told her how I used to go to sleep watching its light move across the walls of the hallway leading out to the veranda. She listened with respect acknowledging my pain. She told us that she rents the apartment and that she thought that it was owned by the Catholic Church, which has a very large property on the high point of the old city overlooking our house. Thinking that the property belonged to the Catholic Church must have been comforting to her conscience.

We then began talking about present day politics in Israel. She told us that even though she owns a house in Jerusalem, she prefers to live in Yaffa. She was concerned about the rising fascism in Israel. I asked her if she thought Lieberman could or would become Prime Minister. She shrugged her shoulders and said that she hoped that he would not. She was progressive in her thinking and I found much with which to agree with her. In a different place and time, I think we could be friends. With gentle questioning from Dries, she told us about her life and her parents’ life. They came from Pinsk in Eastern Russia to Palestine in the 1920s. The family wanted to escape discrimination and the pogroms. I could feel her pain especially when she finally said that all she wants is to live a normal life. By this time, I was struggling with my emotions. This is her tragedy – how can she live a normal life when she is living in stolen property and a stolen country. I felt her pain and was deeply touched. My tears flowed and she also struggled with her emotions trying not to weep. I hugged her when we left and she returned the hug. We shared a bond of pain inflicted by a senseless and unfeeling world.

I began this chapter by asking myself why it is so painful to visit my home in Yaffa and I am thinking that maybe the answer lies in seeing the present day reality which is a death of warm and wonderful childhood memories. It may be less painful to try to forget the present and just hold onto the old memories. This is particularly so when I see what they have done to my grandmother’s house in Jerusalem which will be in another chapter.

But I think that my house in Yaffa is iconic of my Palestine. The loss of Palestine is represented more concretely in the loss of my home. Borrowing a literary convention from Ecclesiastes 3 and leaving out the violence,

May peace with justice and mercy come in my lifetime!

Back to Middle East Peace » 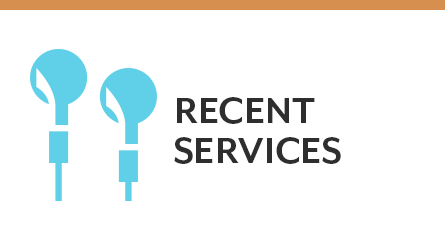 Find Us On...
Copyright © 2023 Westminster Presbyterian Wooster, All rights reserved.